Everything you should
know about Moeller Music Events 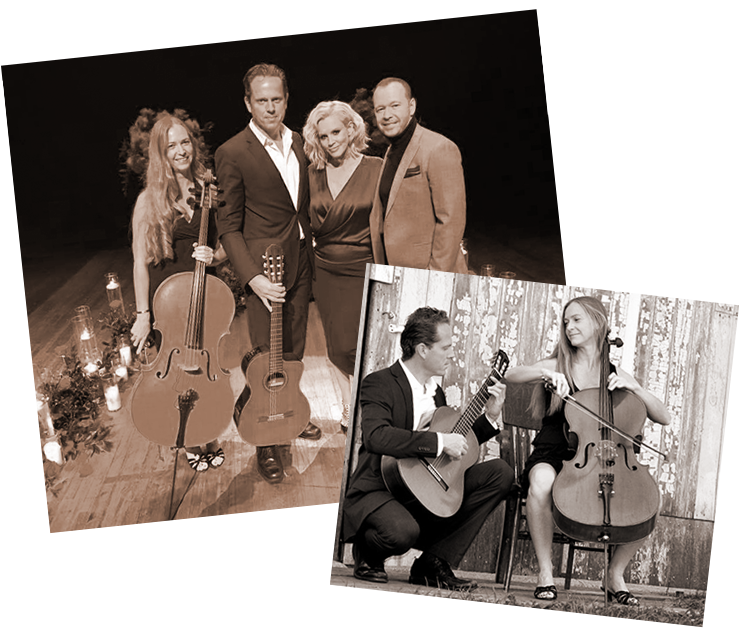 The Moeller's Have Been Providing Sweet Sounds For All Types of Events Since 2006. Here's A Brief Look At Their History Before Arriving In Chicago.

Paul and Kerena Moeller have concertized throughout the United States and England. They have toured throughout Florida, North Carolina, Maryland, Pennsylvania, Connecticut, Massachusetts and Washington DC giving over fifty concerts.

Among their many accomplishments, Paul and Kerena have twice won the Baltimore Chamber Music Awards Competition, which presented them on the Artscape Classics in the Cool Series during the Baltimore Festival of the Arts. Recently the duo were guest artists and judges of the International Guitar Competition in Lagonegro, Italy. In 2006, they won the Montpelier Classical Recital competition. 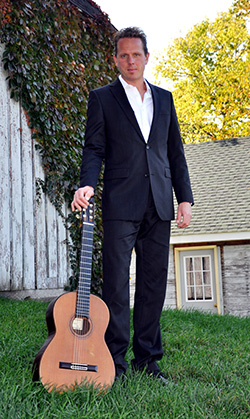 Mr. Moeller received a Graduate Performance Diploma from Peabody, where he spent four years under the tutelage of world-renowned guitarist, Manuel Barrueco. Mr. Moeller holds a Bachelor’s degree from Northern Illinois University and a Master’s from the Eastman School of Music, where his solo abilities also gained him a Performance Certificate. Paul Moeller has taught the guitar throughout his career at faculty at the Maryland Conservatory of Music in Bel Air, and at the Levine School of Music in Washington, D.C. He is currently a Visiting Associate Professor of Guitar at Northern Illinois University. He is also on faculty at Elgin Community College.

Paul Moeller has also seen success as a member of the Moeller Cello and Guitar Duo with his wife Kerena Moeller. Together they have twice won the Baltimore Chamber Music Awards Competition, which presented them on the Artscape Classics in the Cool Series during the Baltimore Festival of the Arts. The pair recently performed at the Easton Academy for the Arts in Maryland, and for the Music in the Great Hall Series in Towson, as well as the Peabody at Homewood Series. The Moeller Duo has toured in the United Sates and England. In 2002, the pair toured throughout Florida, Pennsylvania and North Carolina, giving more than thirty concerts. Recently, they were guest artists and judges of the International Guitar Competition in Lagonegro, Italy. Recently they performed a series of chamber music concerts at Rockford College campus. In 2012 and 2013 they performed on the highly acclaimed “Big Arts” Chamber music series.

Paul released his debut recording “Around the World and Bach” which features solo performances as well as performances with the Moeller Cello and Guitar Duo. Their latest CD “My Better Half” is a complete duo CD with every track featuring the guitar and cello combination. 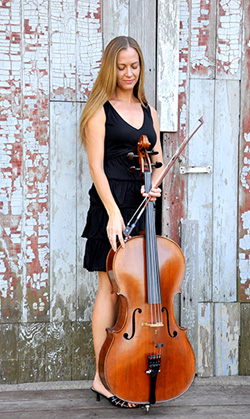 Kerena is an active member of the Moeller Cello and Guitar Duo with her husband, guitarist Paul Moeller. Together, they have concertized throughout the United States, England and Italy. After winning the Baltimore Chamber Music Awards Competition, the Moeller Duo toured in North Carolina, Pennsylvania, Maryland, and Illinois. Recently they were guest artists and judges of the International Guitar Competition in Lagonegro, Italy. Their new recording, “My Better Half” features cello and guitar duets ranging from Baroque to Blues. Recently, the Moeller Duo were featured artists on Maryland Public Television’s “Artworks”. Recently they performed a duo chamber music concert at the Fisher Chapel located on the Rockford College campus.

Kerena received her Bachelor’s Degree in Music from the Royal Northern College of Music in Manchester England and a Master’s Degree in Music Performance and Literature from Eastman School of Music. Kerena also received an Associate of the Royal College of Music in London England for post- graduate solo studies and a Graduate Performance Diploma from Peabody Conservatory of Music. Kerena served as a faculty member of the Maryland Conservatory of Music and at the Levine School of Music in Washington, D.C.

“Around the world And Bach” features solo classical guitar music by award winning classical guitarist Paul Moeller and music performed by the Moeller Cello and Guitar Duo. While this recording includes some standard works, it also includes some real gems including Shenandoah by Robert Beaser.

The newly released CD, "My Better Half" features performances from the Moeller Cello and Guitar Duo. Once again, Paul and Kerena come through with performances that are truly recognized as some of the most beautiful classical music ever recorded.
buy now